Mike Walsh is a man who has lived with adversity. Early in his career, as a front-line worker in the chemical industry, he saw his fair share of precarious and hazardous situations. Many years ago, he also lost his left eye due to an outdoor accident when he stepped out of his house and a rock flew from his neighbour’s lawn mower. That split second changed his life and resulted in five arduous surgeries that had a lasting impact.

Expectations around workplace safety must be set at the top.

Out of that adversity has come a deeply personal sense of empathy for workers facing the inevitable occupational hazards that come with any manufacturing role, and a sense of mission to do everything possible to help protect them.

“You can never completely eliminate occupational hazards in a manufacturing workplace; it’s just not possible in this type of environment. But, you can establish an aspirational vision of zero injuries and put in place the systems, processes, empowerment and accountability to relentlessly pursue that vision,” notes Walsh, who is vice president, of health, safety, security and environment at Maple Leaf Foods. 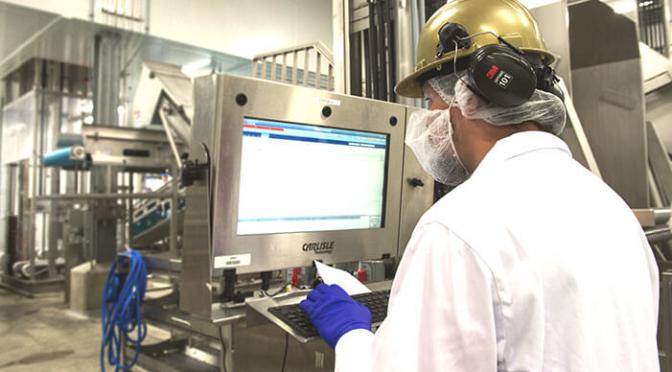 Maple Leaf Foods has developed a reputation as a global food safety leader after emerging from the tragedy of a listeriosis outbreak attributed to the company’s products in 2008. While it is less known for its occupational health and safety (OHS) leadership, its internal commitments and performance demonstrate similar leadership.

“We do so many great things at Maple Leaf Foods, but we were lacking attention in occupational health and safety before we set out on this journey in an area where we should be world-class. So that was the challenge the leadership of the company set in 2013, and that was what our strategy set out to achieve,” according to Walsh.

Following an OHS assessment taken in 2012, an ambitious aspirational vision of zero injuries was set. A centralized OHS team then went to work to implement the Maple Leaf Foods OHS strategy, including new policies and a Safety Promise, with the support and engagement of individual site teams.

In 2017, the company had achieved a Total Recordable Incident Rate (TRIR) of 0.84. TRIR is the gold- standard benchmark in OHS, and Maple Leaf’s score places it at a world-class level among the very best manufacturers.

Walsh adds: “Looking back at the journey, it did not come without challenges. We drove the OHS program with urgency and looked for opportunities to continuously grow. We never backed down from challenges. This has led us on the right path that we are now getting to celebrate at every level. Our workers go home safely. That is our purpose.”

The critical factors that drove the step-change in OHS performance at Maple Leaf were multi-faceted, and underpinned by a culture of safety and accountability. According to Walsh, to be effective, the expectations around safety must be set at the top, reinforced at all levels of leadership and owned in the workplace. 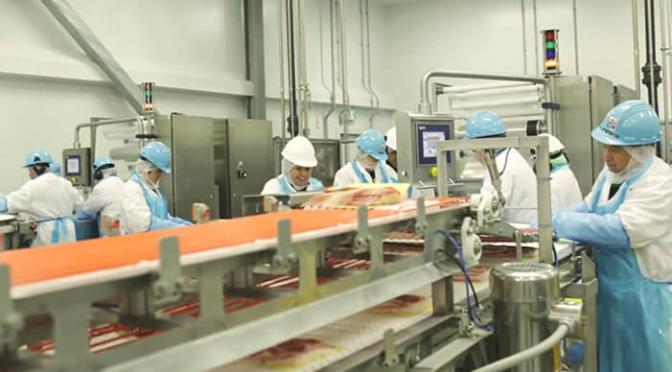 Ownership of OHS at Maple Leaf is energized by our CEO. The strategy and processes are driven by the organization’s OHS team and site teams.

Empowerment of site managers and leadership has proven to be critical. The company had standards, annual plans and objectives in place; so all the ingredients were there. What was missing was a laser focus on roles and accountabilities.

Counterintuitively, perhaps, the company decentralized its OHS program early on, moving to a strategy in which individual site leaders and their teams own their respective safety plans and performance.

OHS is always managed in a partnership, with support provided by centralized teams to site leaders, who own their respective safety plans and performance. In moving in this direction, it also encouraged and enabled our hourly workers to become more involved in their sites’ OHS programs.

“Local leaders know where to find – and mitigate – their sites’ inherent risks. They see team members getting injured, and that is a powerful motivator to learn and get better, to take whatever steps are needed to reduce hazards. They always rise up to that challenge,” says Walsh. “We’re so proud of our team of site leaders who have leaned into this and accomplished the performance that we are achieving today, and the teams that are supporting them. We’ve moved mountains over the past several years and our workplaces are so much safer as a result of that effort,” he adds.

The big, bold ambitious aspirational vision of zero injuries was daunting, but today, the company has many sites performing at best-in-class levels, including 20 sites that have achieved status in their Zero Hero Safety Club.

“While we have made a lot of progress and are miles ahead of where we were, there is always so much more to do. So we feel that we are early on in our journey. We’ve got the focus and support of the organization at all levels and our conviction is that we will do even better,” says Walsh.

Ensuring the Safety of our Food
Maple Leaf Foods has three accredited laboratories that perform several types of testing to maximize our food quality and safety.