The Lightlife plant-based line will be featured in the meat aisle at top U.S. retailers, including Kroger, Publix and Target.

A recent study by the Plant Based Foods Association and The Good Food Institute2 showed U.S. retail sales of plant-based foods totaled $4.5 billion during the past year. These sales are driving increased demand for plant-based options in grocery stores across the country. 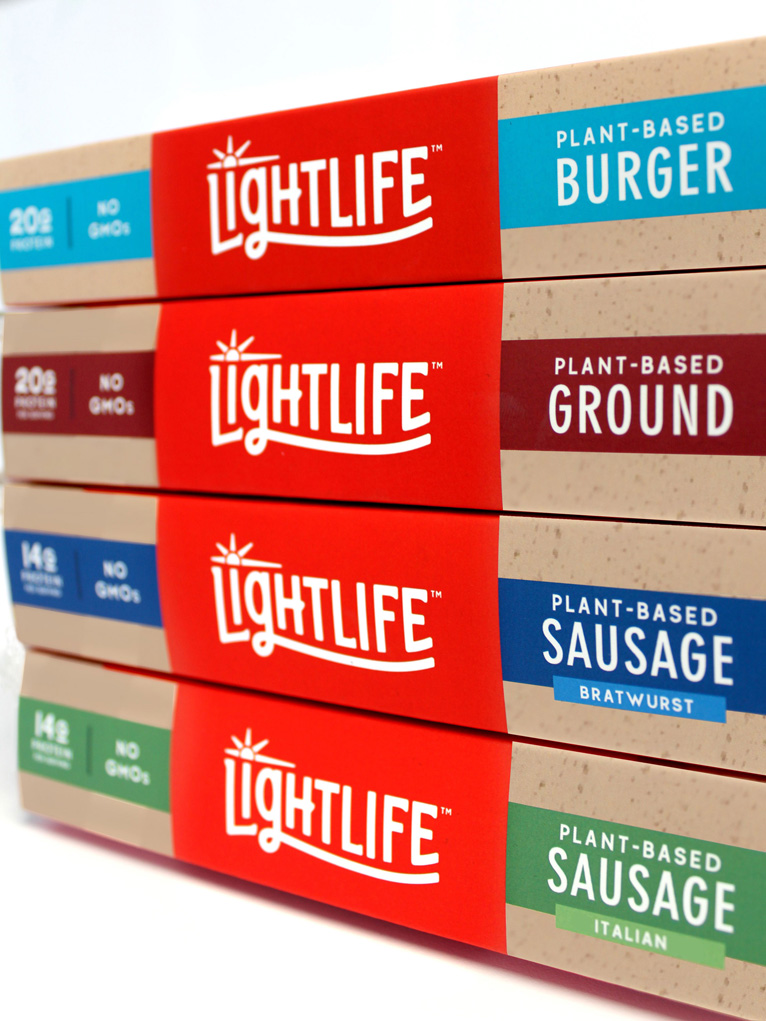 As demand mounts, so does Lightlife’s success in current retail stores across the U.S. Since launching its new plant-based meat line earlier this year, Lightlife's brand sales have doubled versus last year at retailers who started carrying the Fresh Line products earlier this summer3. Now with new expansion into Target, Kroger and Publix, Lightlife is doubling its current distribution of the new line, which includes its Burger, Ground, Italian Sausage and Bratwurst Sausage products.

“Lightlife has four decades of history in plant-based foods.  We’re thrilled to take our years of expertise and innovation to more shoppers across America by expanding Lightlife into retail stores like Kroger, Target and Publix,” said Dan Curtin, President and CEO of Greenleaf Foods, SPC. “Lightlife fans have been vocal on our social channels, asking for the new products in more grocery stores locally. We are committed to fulfilling demand and providing customers high-quality plant-based products.”

Lightlife’s new plant-based meat line delivers the sensory experience consumers crave from traditional meat but are made of plants, without GMOs, gluten, soy and artificial flavors. The products’ versatility makes them ideal during all seasons, whether it’s football fans grilling the Lightlife Burger for Fall tailgates or it’s families using Lightlife Ground for holiday recipes. As a result, the new products are experiencing increased demand heading into the end of the year.

The Lightlife Plant-Based Burger, Ground, Italian Sausage and Bratwurst Sausage can also be found in other retail stores across the U.S., including Acme, Albertsons, Fresh Thyme, Haggen, Jewel, Pavilions, Safeway, Sprouts, Stop & Shop, Vons, Wegmans, and many more. For more information on Lightlife, visit Lightlife.com and follow @LightlifeFoods on Facebook, Instagram and YouTube.

Greenleaf Foods, SPC, is transforming plant-based protein with a wide array of delicious and innovative products that satisfy consumers interested in adding protein variety to their diets. Our leading brands include Lightlife® (“Lightlife”) and Field Roast Grain Meat Co.™ (“Field Roast”). Together, these brands are delighting loyal, longtime fans and enticing new ones who never knew plant-based protein could taste so good. The Lightlife and Field Roast portfolios feature nearly 50 products and represent a leading market position in the refrigerated, plant-based protein category in the U.S. Greenleaf Foods, SPC is a wholly owned, independent subsidiary of Maple Leaf Foods Inc.